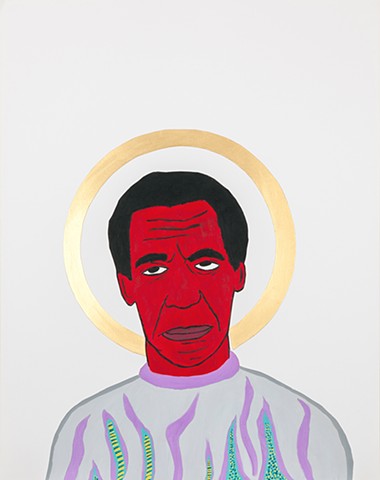 At the height of The Cosby Show, Cosby refrained from making race a central theme in his characters’ lives. His desire to be accepted in all households came at the price of being race-less, and he gladly paid. By 2004, however, with no television show or ratings on the line, he was ready to talk.

In the infamous “Pound Cake Speech” Cosby sounded off on the state of Blacks in America offering an out of touch, embittered, vitriolic assessment of the young, Black, and poor. There he was, America’s Black Father telling Black women to stop having so many illegitimate kids; to not cry if their sons were shot by the police over petty theft because they deserved it; and to quit naming their children “names like Shaniqua, Shaligua, Mohammed, and all that crap, and all of them are in jail.” Hidden beneath this moral policing of the Black underclass lay a very big secret — and by secret, I mean to say the information was there but no one seemed to go looking for it.

In 2014 the secret that Cosby had doggedly tried to protect through litigation and intimidation came out when a video of comedian Hannibal Burress went viral. With it, the words rape and Cosby were out in the world together and more than 40 women came forward accusing him of sexual assault over the span of thirty years.

In light of this, I now see my work on Cosby as an effort to destroy our tendency to lean on icons for our morality. I also intend it to force us to confront a complex world in which seemingly good men do unspeakable, vicious things; in which young, Black and poor people should not have to do anything to earn their humanity; and in which a woman’s body belongs to her and only her.